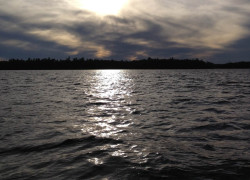 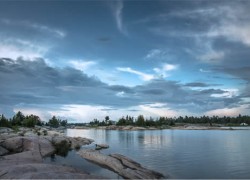 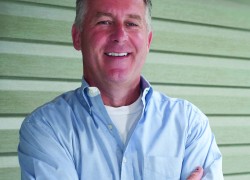 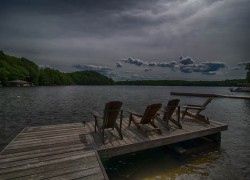 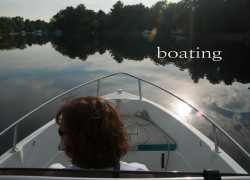 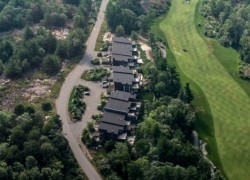 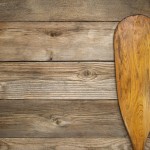 The watershed is divided into three main drainage areas: the North Branch, South Branch, and Lower Muskoka. The North and South Branches comprise approximately the eastern two-thirds of the watershed. Originating in the highlands of Algonquin Park they flow southwesterly until converging south of Bracebridge and then flow into Lake Muskoka. The Lower Muskoka subwatershed covers approximately the western one-third of the watershed, and receives the inflow from the North and South Branches as well as Lakes Joseph and Rosseau. This combined flow passes through the Moon and Musquash Rivers and discharges into Georgian Bay.

Over 2000 lakes have been carved out of the Precambrian Shield and cover over 17% of the watershed. The largest lakes in the watershed are Lake Muskoka (11,579 ha), Lake of Bays (6,763 ha), Lake Rosseau (6,258 ha) and Lake Joseph (5,460 ha). The Muskoka River descends approximately 345 m in elevation along its 210 km journey from its headwaters to its mouth at Georgian Bay.

The entire watershed is situated on the Canadian Shield, on bedrock formations that date from the middle to late Precambrian Age. The topography varies from the rugged Algonquin Highlands to rocky knolls and ridges through the middle and lower portions of the watershed. Soils are generally sandy, and shallow in depth atop the underlying bedrock. Deeper deposits of sand, silt and clay soils can be found in the valleys through the central part of the watershed.

The watershed experiences cool to moderate temperatures, and is one of the wetter areas in the province. The average annual precipitation is nearly 1000 mm, including nearly 300 cm snowfall.

The Muskoka River Watershed contains predominantly cool and cold-water fish species. In the upper part of the watershed, most lakes and streams are considered cold water, and support species such as Lake Trout and Brook Trout, although Smallmouth Bass have been stocked in a number of lakes. The large lakes in the watershed are relatively deep (50+ m) and cold, and are well suited for communities of Lake Trout and Whitefish (cold-water species). Rainbow Trout and Brown Trout have been stocked in selected portions of the watershed.

Much of the lower part of the watershed (with the exception of the large lakes) is considered cool-water habitat, supporting communities of Walleye, Northern Pike, Muskellunge, Smallmouth Bass, Yellow Perch and pan fish, such as Black Crappie, Pumpkinseed, Bluegill and Rock Bass. Many of the important fish spawning areas on the system are located below the many rapids and dams, and along shorelines of lakes. These extremely important habitats are of primary concern because they can be affected by fluctuating flows and water levels.

The Muskoka River Watershed is home to a diversity of mammal, reptile, amphibian and bird species. In many cases, the life cycle of these species is directly related to the river (including its tributaries and lakes) and the land-water shoreline interface (to provide habitat and food sources). An important example of this complex linkage would be the wetland areas found along the river and in coastal areas of lakes. Some of the animals dependent on the wetlands include waterfowl for their nesting and staging areas, and furbearers (Beaver, Otter, Muskrat, Mink, Raccoon) and mammals (Moose) for habitat and feeding areas. Reptiles and amphibians depend on wetlands for all or parts of their life cycle, and Osprey, Eagles and Herons benefit from the shallow water feeding opportunities.

The area has been inhabited by First Nations for at least 5,000 years, first by Algonquin, then Iroquois and by the mid 18th century, by the Ojibway. By the mid to late 1800’s, European settlers were drawn by the timber industry, and the first sawmill in the watershed was established in 1865. By the 1870’s, 20 sawmills and shingle mills were operating in Muskoka Bay and Gull Lake alone.

Many of the now reconstructed dams along the waterway owe their origins to the timber industry. The dams, constructed of stone and timber, would have been used for waterway transportation and/or to float logs through shallow points along the river. The timber industry peaked in the late 1800’s and most of the sawmills and all of the log drives are now gone. However, the forest products industry is still an important economic activity in the watershed and there are considerable areas under timber license with several sawmills in operation.

There are 10 hydroelectric generating stations in the Muskoka River Watershed, with five being owned by Ontario Power Generation (OPG), three by Lakeland Power and one each by Algonquin Power and the Orillia Power Corporation. These facilities co-operate with MNR in the control and management of flows in the Muskoka River.

Over the years, tourism has grown and is now the most prominent industry in the watershed. Numerous public lodges and resorts throughout the system provide employment and support a variety of other service-based industries. In addition to tourists, seasonal and permanent residents contribute to the economic base through consumption of goods and services. Commercial and business operations within the watershed are concentrated along the transportation corridors and in centers such as Bracebridge, Gravenhurst and Huntsville.

The watershed’s tourism industry beginnings can be traced back to the 1860’s with the introduction of steamship navigation to the area. As early as 1869, commercial lodging was provided to sportsmen traveling to the area to make use of the abundant natural resources. In 1876, the railway was extended from Severn Bridge to Gravenhurst, thereby making the area more accessible for tourists from southern Ontario and the United States.

By the early 1890’s the Muskoka area was a prime vacation spot for wealthy Canadian and American tourists.Today, Muskoka is one of the premier vacation destinations in Ontario. Thousands of people visit each year, staying at one of the many resorts or returning to cottages as seasonal residences.